How living near an airport is bad for your health?
CATEGORY

How living near an airport is bad for your health? 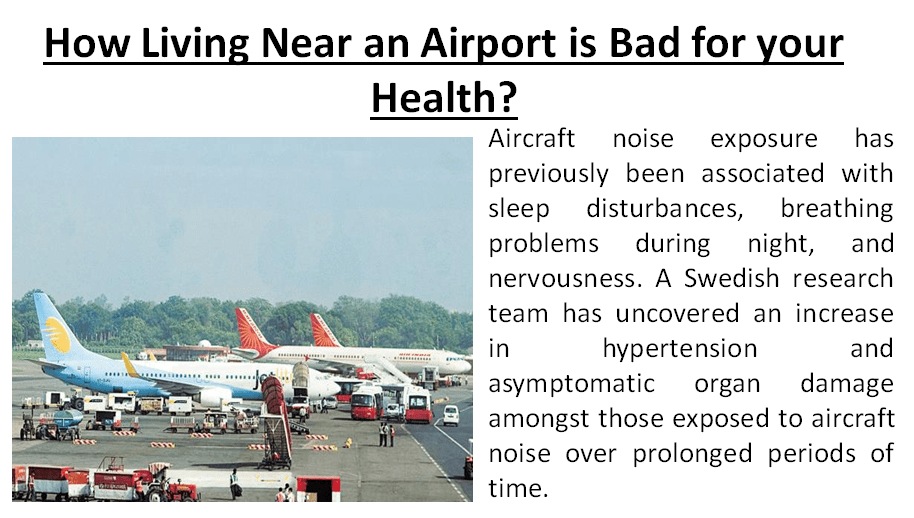 A study of more than 6 million individuals, published in The BMJ in 2013, found that individuals who lived in areas with high levels of noise exposure had a 3.5 percent increased cardiovascular hospital admission rate.

Data of a `Double Blind Study` presented at the EuroPRevent 2016 meeting concludes that living near an airport for 3 years or more with sounds of 60 decibels or more is associated with an increased risk of high blood pressure (hypertension), stiffer aorta and higher ventricular mass which could increase the risk of cardiovascular event, such as heart attack or stroke.

Even as we sleep, extraneous noise enters our ears and is fed to our brains, potentially putting our body on "high alert" due to increased release of stress hormone which raises the blood pressure.

As both air traffic and population numbers steadily increase, negative health consequences of aircraft sound are likely to become more pronounced. Pending national legislation to assess and manage environmental noise due to aircraft, noise can be kept below harmful levels by using only noise-certified aircraft, redirecting flight paths, keeping airports away from homes, and avoiding night flights."